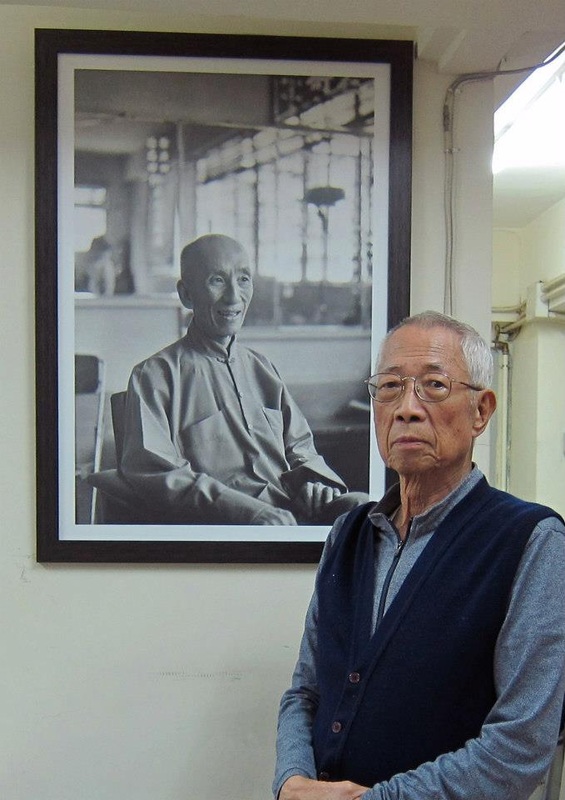 Grand Master Chu Shong Tin was the third Hong Kong disciple of Ip Man, the man who brought the art of Wing Chun out of China in 1949. Chu Shong Tin was born in Guangdong province in 1933. There is little information about the early period of his childhood. By his own account, he was prone to illness as a child and his father insisted that he practise Tai Chi in an attempt to strengthen his body. However, Chu Shong Tin said he had no interest in martial arts at the time and simply followed the movements of his Tai Chi teacher without bothering to study the principles behind the movements.

Grand Master Chu’s wing chun story started from the end of 1949. Towards the end of the Chinese civil war and as the Communists advanced on southern China. Chu Shong Tin left his home city of Guangzhou for Hong Kong. In 1950, he got a job as secretary to the Restaurant Workers’ Union in Kowloon where Ip Man was living and conducting Wing Chun classes. After several months of watching the classes, Chu Shong Tin decided to join the training and, on January 1st of 1951 became a formal disciple of Ip Man. Although Ip Man had many students, the transient life and difficult economic circumstances at the time meant that few students stayed for long and only two students, Leung Sheung and Lok Yiu, had remained when Chu Shong Tin joined the class. On the advice of Leung Sheung, Chu Shong Tin began living at the premises of the Restaurant Workers’ Union and shared the accommodation with Ip Man for the next 5 years.

As he had observed and listened to Ip Man teaching in the months prior to his becoming a disciple, he had already memorised the movements of the Sil Nim Tao form and was able to demonstrate the entire form to Ip Man shortly after he started training. The same occurred in turn for the other hand forms, Chum Kiu and Biu Jee; Chu Shong Tin had observed his seniors practising the two forms, learned the movements and demonstrated them to Ip Man for approval. Ip Man then personally taught him the rest of the wing chun system comprising the Wooden Dummy and weapons forms.

From the beginning of his training, Chu Shong Tin had wondered about the meaning behind the first form, Sil Nim Tao, as it had none of the aggressive or dramatic movements of other Chinese martial arts. He had asked Ip Man repeatedly about the meaning of the Sil Nim Tao form but failed to receive a full explanation except that he should build on the mind, not use muscular force, straighten the spine and maintain an alert spirit. He took Ip Man’s instructions to heart and practised diligently, often spending hours training at night on the rooftop of the building where he lived. His diligence to the form led to Ip Man calling him the ‘King of Sil Nim Tao’.

Chu Shong Tin was a man of extraordinary and unbelievable ability. In his movements, we virtually never see the use of muscular force, not even the change of the hand/wrist configuration to issue power, as almost all other styles do. He attributed this ability to generate relaxed power to a state of mind called nim tao and the resultant power became known as nim lik (mind force). His teaching career in wing chun spanned over 60 years until his death in July 2014. In the first couple of decades, he taught his students exactly as he was taught by Ip Man, with the main focus on forms and chi sau. In the later decades, he devoted much of his life to developing a method to train the achievement of nim tao in his students. From 2001 his teaching evolved to emphasise joints rotation, relaxing muscles and at the same time opening up the joints. Further changes in 2006 culminated in refining the training to almost exclusively standing practice, with the express aim of relaxing all muscles and stimulating nim tao to take effect. This standing practice became known as the Chu Shong Tin method and now forms the mainstay of training in the lineage.
Sung Wing Chun's connection to Chu Shong Tin
﻿
﻿﻿﻿﻿﻿C﻿hu﻿﻿﻿﻿﻿ Shong Tin taught our Sifu, William Lai, between approximately 1970 and 1978 using a teaching method passed on to him by Grandmaster Ip Man. Sifu Lai later emigrated to the UK and in 2006 one of his pupils, Kris Collins, moved to Hong Kong to train with Chu Shong Tin. Kris reported back so many amazing stories of Chu Shong Tin's abili﻿ty that in 2007 we commenced the start of what would be a total of 9 pilgrimages between us to train at the home and studio of Chu Shong Tin, where we were exposed to a method of teaching which he had been developing over a period of 60 years. On these v﻿isits we have also been fortunate to receive coaching from Chu Shong Tin's senior students including Ma Kee Fai, Alex Man, Eddie Chan as well as John Kaufman, Kris Collins, Leung Put Chung and Leung Ka Wing.

It is the methodology of practice as taught in the final period of Chu Shong Tin's life which we have devoted our training to and hope to pass on to our students. 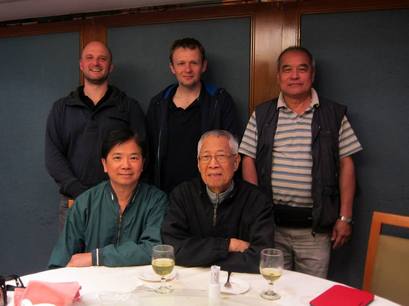